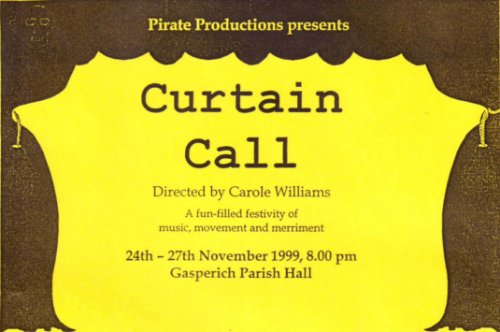 Another opportunity for the gang to choose their (and your?) favourite bits from hit musicals. Loosely based around the theme of auditions.

The lighting mans nightmare. “I just want working lights” said the Director.  There followed a series of “Can I have more light over there” moments during rehearsals. Having a lamp blow on opening night seemed to be an omen. In fact, out of 5 performances, only 1 was fully lit.

Loads of lessons learned from this production.