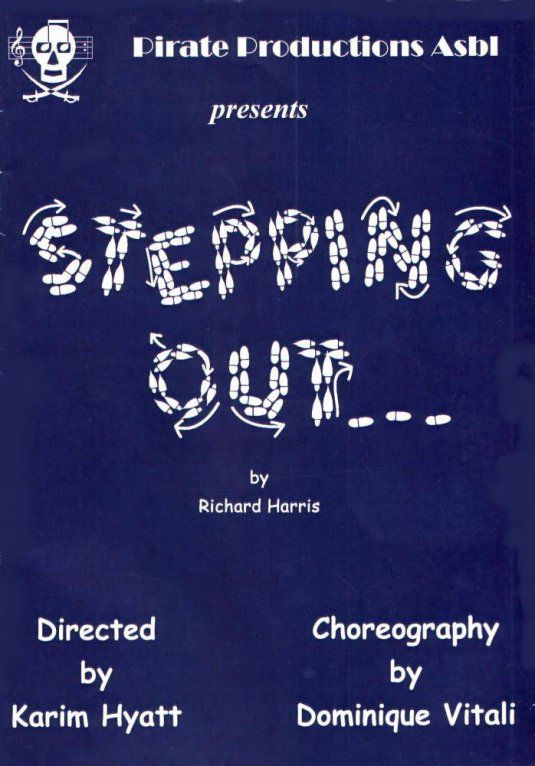 “Stepping Out” by Richard Harris was written in 1985 and won The London Standard’s Best Comedy award in 1986. Also written as a musical and adapted for the screen with Liza Minnelli as Mavis and Julie Walters playing Vera, it is surprising that there has not been more written about either play or author.

The story is about 7 women and 1 man who meet in a local parish hall to learn how to dance. Taught by Mavis, an ex-professional dancer, and accompanied by a grim pianist called Mrs. Fraser, the 8 dancers try to escape their everyday lives, even if it is only for a little while. All goes well until Mavis offers them a chance to perform in front of a real audience.

Like all good comedy, this play has a bite to it. Harris has successfully been able to combine the comic with the tragic, some lines even managing this combination in the same sentence! All the characters are believable. They are not fake soap opera figurines, they’re real and for the duration of the show you will be transported in to their very ordinary North London world of which we only see a very small part. Because both characters and setting are so familiar, there is a sense of community even before we come to know each individual in more detail. It is the hidden ‘unfamiliar’ aspects that slowly emerge from each character, coupled with the intensely easy-to-relate-to ‘familiar’ features that make this play eminently watch-able and enjoyable.

I came to this production at the last-minute which was a bit hairy. Fortunately, John Brigg already had the lighting plan. It was a bit tense but we put on a good show.