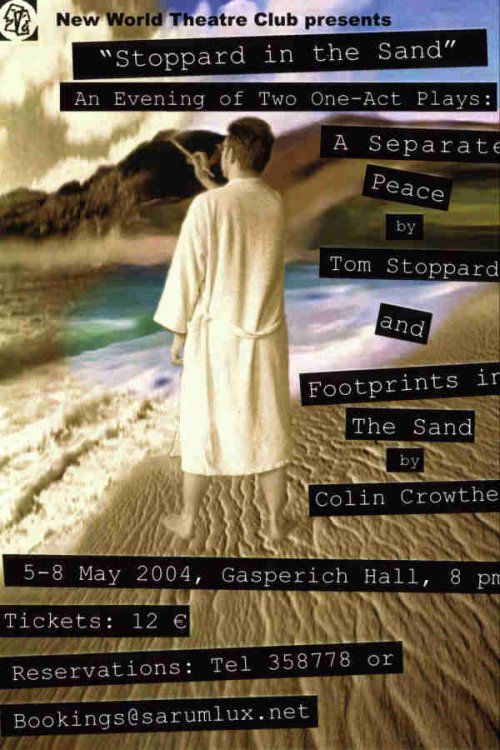 Performed 5th to 8th May 2004 at Gasperich Parish Hall, Luxembourg.

A Separate Peace was originally written for television in 1965 and is a light, enigmatic comedy set in a private nursing home. The smooth running of the home and the peace of mind of its staff is disrupted by the arrival of a patient, John Brown. He is warm, charming and can easily pay for his room … the only problem is that he is perfectly healthy. All he wants is to get away from the outside world. The play follows the desperate, often comic, attempts of the nursing staff to crack the riddle of Brown’s disarming honesty. However, behind the humour, Stoppard poses a key question about the way our society works: why do we feel so uncomfortable about people who want to do nothing – even when they can afford it?