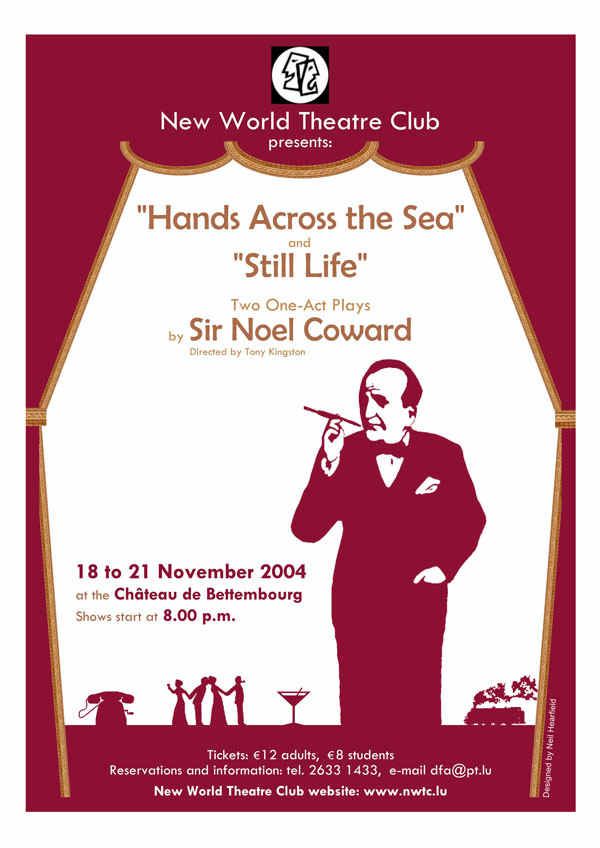 Still Life is the study of a passionate love affair between Alec and Laura, two happily married people who meet by chance at a railway station. Their struggle between their love for each other and their duty to their other lives is beautifully drawn and painfully real and has made both the play and the film one of Coward’s best-loved pieces as well as being one of the writer’s personal favourites.

Sir Noel Coward was one of the most prolific and influential British playwrights of the 20th century. Plays like Hay Fever (1925), Private Lives (1930) and Blithe Spirit (1940) and his most famous song “Mad Dogs and Englishmen” demonstrate his talent for fast and witty dialogue. However he could also cast a serious and reflective eye on human strengths and weaknesses. Still Life which, together with the light comedy Hands across the Sea, superbly demonstrate both the comic and serious sides of Coward’s work.